What security options are available for lenders to offshore wind projects?

Equinor's pioneering Hywind Tampen project and the opening of two areas in the North Sea for licence applications marks the first forays into offshore wind production in Norway. There are high hopes for the potential of this industry in a country with a long coastline and considerable expertise in offshore energy production.

Equinor’s pioneering «Hywind Tampen» project, set to become the biggest floating wind farm in the world and scheduled to commence construction in late 2022, will mark the first foray into offshore wind production in Norway.

Further, the areas «Utsira Nord» (floating turbines) and «Sørlige Nordsjø II» (bottom fixed turbines), both in the North Sea, have as from 1 January 2021 been opened for development. A number of industry heavyweights, including Equinor, Hydro, Statkraft, Aker, Wilhelmsen, Ørsted, Eni and RWE, have already signaled their intentions to apply for acreage awards giving them exclusivity to assigned parts of the opened areas. Additional acreage areas are expected to follow.

There are high hopes for the potential of this industry in a country with a long coastline and considerable expertise in offshore energy production.

Even so, there is still a number of issues that must be resolved in order for offshore wind production to become a commercially viable industry in Norway. Central in this regard is the establishment of a legal framework that enables projects to attract commercial financiers (Hywind Tampen will by contrast receive heavy financial support from Enova and the NOx Fund). In order for such financiers to be willing to provide capital, adequate security must be available.

As set out in the Norwegian Mortgage and Pledge Act (Nw. Panteloven), a security right can only be legally granted to the extent it has explicit basis in statutory law. As new industrial opportunities arise, this principle could cause challenges if the existing legislation does not allow for relevant security to be created. As will be discussed in this article, this appears to be the case for offshore wind production.

First, however, what options does a lender have for securing his exposure in the current regulatory landscape?

The Norwegian Offshore Renewable Energy Production Act (Nw. Havenergilova), which regulates offshore wind production, does not address the issue of security. A number of security options are however suitable for all types of debt financing and may be applied to offshore wind projects correspondingly.

One such option is parent guarantees. In case of ventures into offshore wind by established industry players with strong balance sheets, parent guarantees may go a long way to offset a lack of other viable security (if projects are not financed directly over such parent company’s own balance sheet). As regard the «Utsira Nord» and «Sørlige Nordsjø II» licenses, it however seems that the majority of potential applicants, if not all, have established consortiums and that due to their size and complexity, none will be prepared to provide parent company guarantees.

A charge over the borrower’s shares is another option. If the wind turbines and production license cannot be mortgaged/assigned separately (more on that below), seizing control of their owner may be an alternative route for lenders to access the security value of these assets. If the project owner is a company with limited liability, a share charge will also enable the lender to acquire control over the project without assuming responsibility for the fulfillment of the company’s obligations. A share charge will however not stop the borrower from disposing of its assets – and even more importantly it does not secure a lender’s interest in them should the borrower go bankrupt.

Lenders will also demand standard assignments of monetary claims, such as the project owner’s claims against its insurers or account bank (by way of a standard account charge) or against an electricity buyer under a power purchase agreement. Add to this the full suite of recordable floating charges over the borrower’ movables (inventory, operating assets, trade receivables) to the extent such are relevant.

While not a security right as such, lenders to onshore wind power projects commonly require step-in rights by way of direct agreements with the project’s counterparties, such as turbine suppliers and power purchasers. We see the same in international offshore wind power financings and expect that lenders will request such rights in Norway as well when going offshore.

3. Can wind turbines and production licenses be subject to security?

While the above-mentioned security will require little tailoring to become viable for use in offshore wind financings, a bigger question is whether and how lenders will be able to obtain security over what are likely to be a borrower’s most valuable – and perhaps only – assets; the wind turbines themselves and the right to utilise them for power production.

These are two separate questions, but obviously interconnected from a mortgagee’s point of view: Turbines that cannot be utilised for power production may be of limited value (and could even pose a liability from a «wreck» removal or even pollution perspective); a concession without turbines will likely have no practical value at all.

In onshore projects, wind turbines are covered by the lender’s mortgage over the borrower’s land rights, which encompasses all the mortgagor’s plant and structures on the land in question. This approach is however not transferable to offshore projects: Turbines will either be fixed on the seabed or floating freely in the ocean, in either case escaping notions of private land rights.

In the case of floating turbines, the issue of security may have been solved already as the Norwegian Maritime Authority in 2020 approved the first registration in the ordinary ship registers of a wind turbine; the «Unitech Zephyros by Hywind Technology», a prototype originally used for research purposes by Equinor.

Section 33 of the Norwegian Maritime Code (Nw. Sjøloven) expressly allows for registration in the Norwegian Ordinary Ship Register (NOR) of «floating devices» other than ships as long as they are owned by an entity which satisfies the ordinary nationality requirements for entry. The associated Norwegian Regulation on Other Floating Devices of 1994 (Nw. Forskrift om andre flytende innretninger) broadly defines a «floating device» as any permanently floating device that is used for commercial purposes (other than aquaculture) and is not a ship.

Pursuant to the abovementioned regulation, entry of «other floating devices» in NOR requires the case-by-case approval of the Maritime Authority. An important precedent may however have been set with the registration of the «Unitech Zephyros by Hywind Technology».

Once a turbine has been entered in a ship register, a lender can register what would essentially be a ship mortgage through the ordinary mortgage provisions in the Maritime Code.

If turbines can be registered and mortgaged individually, it also follows from the Mortgage and Pledge Act that perfected security can only be achieved through such registration. Floating wind turbines will then in other words not be covered by a floating charge over the owner’s operating assets, something which legal practitioners have previously discussed as a potential option.

Some have criticised the decision by the Maritime Authority to permit registration of floating turbines as premature, particularly due to technical registration requirements formulated with traditional ships in mind that currently must be satisfied to enter turbines, as well the workload associated with registering individual turbines in projects that may comprise hundreds. Assuming ship registers will remain the haven for floating wind turbines going forward, it however seems clear that these and other issues can be addressed through new regulations relating specifically to the registration of turbines within the framework of the Maritime Code. 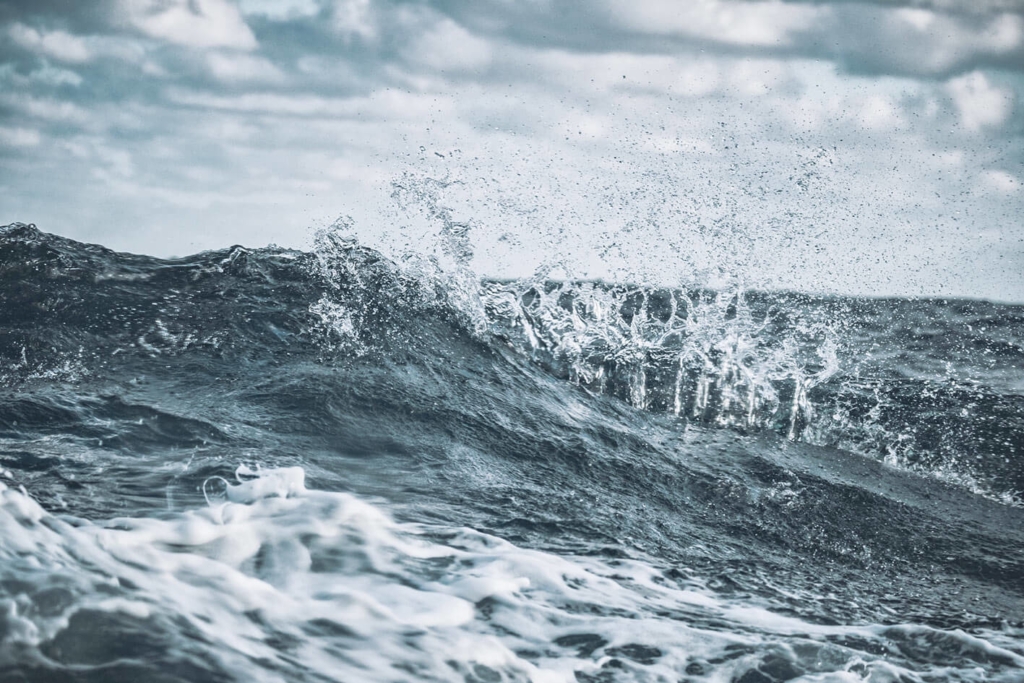 5.  Expansion of the Cadaster Act

In respect of fixed turbines, one solution that has been suggested is to expand the scope of the Cadaster Act (Nw. Matrikkellova) to also apply on the Norwegian continental shelf, so that existing provisions permitting mortgaging in the land register (Nw. Grunnboken) of «facilities on ownerless seabed» can be utilised. A somewhat similar system has been adopted in Denmark, where fixed turbines are assigned geographical coordinates and mortgaged under the same rules that apply to onshore real property.

This solution may however be impractical in Norway given that a large portion of Norwegian offshore wind projects are expected to be constructed at locations with sea depths where fixed turbines are not feasible. It is also questionable whether international law even permits national legislators to cadaster the continental shelf.

6. May concessions be assigned as security?

As already indicated, the security issues arising in relation to offshore wind production are similar to those of traditional offshore activities – oil and gas production – which also involve various floating and fixed production equipment on offshore worksites (and where the floating equipment is registered and mortgaged under the provisions of the Maritime Code).

How then is the issue of security over fixed production equipment solved in the petroleum sector?

The answer follows from the Norwegian Petroleum Act (Nw. Petroleumsloven), which allows for security assignments of a concessionaire’s development license (which is recordable in the Petroleum Register). These licenses being assignable is a key point in itself; as noted above, the security potential of production equipment may depend on whether the mortgagee can utilise/dispose of it to the same extent as a concessionaire. The Petroleum Act expressly provides that, subject to the approval of the granting authority, an assignee may demand a forced sale or obtain forcible use of the license for its own benefit.

Additionally, these assignments cover title to any associated production equipment not being registered in a ship register – such as fixed platforms, which are generally not eligible for entry in the Norwegian registers.

Like most power production, offshore wind production will require concession. One could thus easily imagine a system inspired by the Petroleum Act, whereby concessions can be made subject to security assignments which also cover (fixed) turbines and other associated equipment. Such an alternative could prove time and cost efficient, as the Petroleum Act can operate as a guideline on a number of points.

By comparison, facility licenses for the construction and operation of onshore wind farms under the Norwegian Energy Act are not assignable. There is however less need for such assignments onshore, as the wind turbines can be mortgaged together with the land on which they are located pursuant to the Mortgage and Pledge Act.

As discussed above, a basic legal framework for obtaining security over floating wind turbines seems to be in place already through the registration and mortgage provisions of the Maritime Code – unless the Maritime Authority (or legislators) backtracks on the precedent set with the admittance into NOR of the «Unitech Zephyros by Hywind Technology».

In the case of fixed turbines, as well as production licenses, it however seems clear that lenders are currently prevented from obtaining enforceable security.

The Offshore Renewable Energy Production Act, which appears to be the most logical place to regulate such issues, remains a fairly skeletal piece of legislation. In June of 2021 the Norwegian Ministry for Oil and Energy noted in a report[1] to Parliament that it would evaluate the need for additional regulations on security rights in the Act. Such an evaluation, or further indications as to its outcome, has not surfaced as of yet.

As other obstacles to commercial utilisation of offshore wind are cleared off the way, the onus is on legislators to ensure a regulatory landscape that enables participation by commercial financiers.